I know my parents did their absolute best with what they were given, but I think I will remedy this with my son.

When my son was in 4th grade, he came home and asked me what a blow job was.

“Oh, great,” I thought, in my now terrified brain, “some kid has said something to my son that I now have to explain to him.” Not the best of afternoon conversations, right? Ugh…However, I sat down at the dinner table with him and explained to him what it is because I wanted him to know that he could come to me with hard questions and that I would always tell him the truth. Granted, I added that it is far more special when done with someone you’re married to and when you make sure the other person doesn’t have anything in their body that would make your penis fall off. (I have to add a bit of a warning there, right?)

My parents grew up in families where either talking about sex was taboo or it was spoken about so loosely that the topic was considered unimportant, so the act wasn’t considered sacred or special. When I first lost my virginity at fifteen to a very convincing 17-year-old boy, he was the only person that would talk to me about what it was, how much fun it was, and how much he loved me so we should do it together. We always used protection because quite a few young women in my high school had gotten pregnant at young ages, and neither one of us wanted to deal with that. But on the same token, and we didn’t realize the emotional gravity that we had gotten ourselves into at that point.

When my boyfriend and I inevitably broke up, he went off to college and I had to finish the last two years of high school alone. Without the support of girlfriends that I had alienated because of the boyfriend I had wrapped my world around, I developed a pretty nasty eating disorder. And not the type that makes you smaller, but the type that brought me up to a size 22 at 17 years old. I was depressed, alone, overweight, and had a lot of self-loathing, all because I allowed a boy to mean more to me than my own self-worth.

I didn’t have someone to guide me through puberty, adolescence, or learning about sexuality before the predatory hormones of that 17-year-old boy helped me cross a line I wish now that I had never even touched.

My son is 10 years old now, and we have conversations all the time about his future and the family that he may have when he is a man. He hears things at school and often brings home questions about drugs, sex, and less intense topics as well. My goal as a mother is to create a functioning human, husband, father, friend. Part of that creation is helping him understand the ups and downs of life and being honest with him.

Of course, everything is within age-appropriate dialogue, but he knows, and always will, that I have his back, and I will never lie to him.

He can always come to me with difficult questions, and I will support him by giving him the respect of being truthful. And the glory of that is it comes with mutual respect and trust. 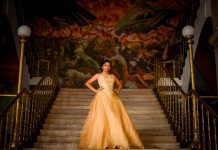 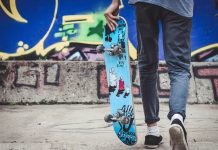 Why Didn’t Anyone Tell Me Having a Teenager Was Hard?

3 Tools to Include in Your Teen’s Social Skill Tool Box — Spoiler Alert: You Probably Need These, Too 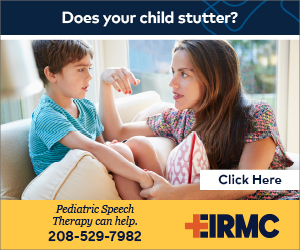 The Idaho Falls Zoo Through My Children’s Eyes