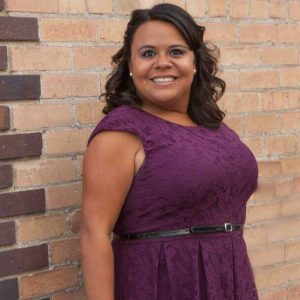 Hi, my name is Rebecca Harkness. I am 36 years old and have lived in Southeast Idaho for 15 years now. My husband and I have been married for 15 years and we have three beautiful children: Braeden (14), Elijah (11), and Emma (5).

Something that makes me a little different than others is that I am an only child. Because of this, I knew that I wanted a bigger family and that’s exactly what I was blessed with. My number one priority is being a mother and a wife, but I also want to do more of the things.

I am the ARTitorium Coordinator for ARTitorium on Broadway in Idaho Falls and couldn’t love my job any more than I already do. I am also a mostly full-time college student at Idaho State University. I am an artist and love to create. I love to draw, paint, embroider and I am also a photographer. I love to dance, swim, hike, and ride snow machines and four-wheelers.

My favorite thing to do next to art is to read. I am a HUGE book nerd and I absolutely love to read. One day I will have that library I have always dreamed of. Until then, I will keep collecting books like a lunatic book lady while driving my husband bonkers with the stacks of books everywhere. But, hey, he married me!

Originally, I am from California but moved to Idaho to be with my husband who was born and raised here. The move to Idaho was quite a culture shock for me; I had never intended on moving out of California. I was born in Fresno, grew up in Clovis, and lived in Santa Monica before I moved to Idaho. The decision to move to Idaho was rather easy for me. I met my husband when I was 13 years old on AOL Teen Chat and we remained friends for 7 years until I flew to Idaho to meet him.  He proposed 3 days later, and I was living In Idaho 6 months after. Nowadays a story like this is pretty common but when my husband and I met in 1998, it wasn’t a known thing; in fact, people thought we were crazy. But we knew we were in love and had plans for a future together.

Through the years, Idaho has grown on me and I appreciate so many things about this state, I couldn’t imagine living in California again, but I do miss the beach. In the Central Valley, where I grew up, it’s not much different than it is here in Southeast Idaho. There are a lot of dairies and a lot of farmland, but we mainly had orchards and vineyards. The biggest difference is the population of people. After I graduated high school, I knew that I wanted to live by the beach, so I moved to Santa Monica to attend the Art Institute of California, Santa Monica and was admitted under their animation program. I loved every minute of living in Southern California and had such a great time enjoying life and living by the beach. But, once my husband and I grew older and decided to make a commitment to one another, I knew that I wanted to raise my family in a different area and Idaho seemed like a wonderful idea. While I miss my family terribly, I don’t regret my decision. It was the best thing I ever did for myself.

Before I left California, I changed colleges and majors. Instead of going for an art degree, which is what I had always worked towards, I decided to go into an education program to become a Kindergarten teacher. After my husband and I had been married, I was fortunate to become pregnant almost immediately and had the worst morning sickness ever, it was so bad. I couldn’t keep anything down and the level of nausea I experienced was unreal. Because of this, I decided not to go back to Idaho State. Over the course of the next 11 years, I was a full-time stay-at-home mom. I did various things like volunteer in my kids’ classrooms, was the PTO president for several years, was a library board member for the city I live in, and wrote for the Jefferson Star newspaper. It was during this time that we added our other 2 children to the family. I also suffered a miscarriage between my oldest and middle child. I am quite open about my experience with miscarriage and the effects that losing a baby had on my life. Probably because it helps me cope and maybe someone else can relate to what happened with me. We were blessed with two children after that miscarriage, and we felt our family was complete.

When our youngest was about 6 months old, I decided that I was ready to go back to school and that same fall semester I began ISU as a Sophomore. It’s now been 5 years and I am still in school, haha. However, I have enough credits to be considered a Senior and I am set to graduate in December 2022. I will have a bachelor’s degree in Art and a bachelor’s degree in Secondary Education.

I finally decided what I wanted to be and as it turns out, I want to be a high school art teacher.

Being back in college at 31 years old with 3 kids, a husband, and a part-time job has been a challenge all in itself but so far, I think it has all been worth it. My family has been amazing and has supported me every step of the way. I couldn’t be more appreciative of them for it. 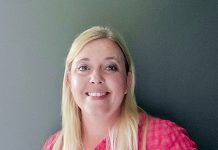 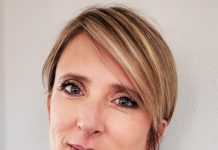 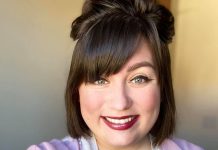 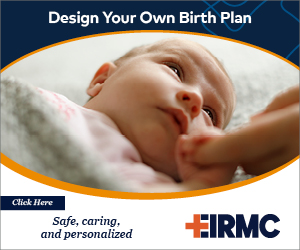